WE’RE CONCERNED ABOUT YOUR OVERALL HEALTH

Purpose-A correlation has been found between periodontal disease (PD) and stroke. This study was conducted to investigate whether dental prophylaxis and periodontal treatment reduce the incidence rate of ischemic stroke.

The prevalence of periodontal disease is high but varies widely. Approximately >90% of the world population have mild to advanced PD. Recent studies have estimated that approximately 50% of the American population >30 years of age have moderate to severe PD, and 10% to 15% of the adults worldwide experience PD with severe alveolar bone loss.

PD is caused by specific bacterial biofilm, also known as dental plaque that accumulates around the teeth and dental calculus (calcified plaque). This plaque induces periodontal tissue inflammation and causes further destruction of the periodontal connective tissue and alveolar bone. In adults, PD is also a major cause of tooth loss.

Chronic inflammation induces atherosclerosis and certain types of systemic disease, such as type 2 diabetes mellitus and cardiovascular and cerebrovascular disease, whereas PD is a prevalent chronic inflammatory disease.

Aggregatibacter actinomycetemcomitans and Porphyromonas gingivalis that colonize in the periodontal pocket are the main disease causing bacterial strains of PD. Previous studies have shown that A. actinomycetemcomitans, P. gingivalis, and other microbes are also present in atherosclerotic plaques. These pathogens induce macrophages to secrete cytokines that play important roles in atherothrombogenesis.

Several observational studies have shown that poor periodontal health status is associated with an increased risk for stroke. The first National Health and Nutrition Examination Survey further showed that PD is one of the risk factors of non-hemorrhagic stroke. In their 12 year cohort study, Holmund et al reported that people with <10 teeth had higher coronary heart disease or cardiovascular disease mortality rates than those who had >25 teeth remaining in their mouth. Previous meta-analysis studies have shown that PD and poor oral health increase the risk of cardiovascular disease and stroke. Other studies have suggested a significant association between poor periodontal condition or lack of dentition and the rise of C-reactive protein or fibrinogen. High-sensitivity C-reactive protein is an independent predictor of coronary heart disease/cardiovascular disease in intermediate- risk individuals.

Effects of Soda on Your Teeth

Look Younger with a Whiter Smile 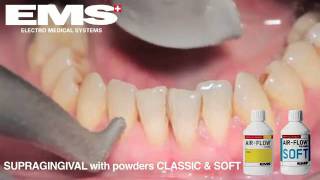 Leave the Gold for the End of the Rainbow

WE’RE CONCERNED ABOUT YOUR OVERALL HEALTH

Eat This Instead of That!

Your Mouth, Your Baby

Energy Drinks and Your Child’s Teeth. Should You Worry?